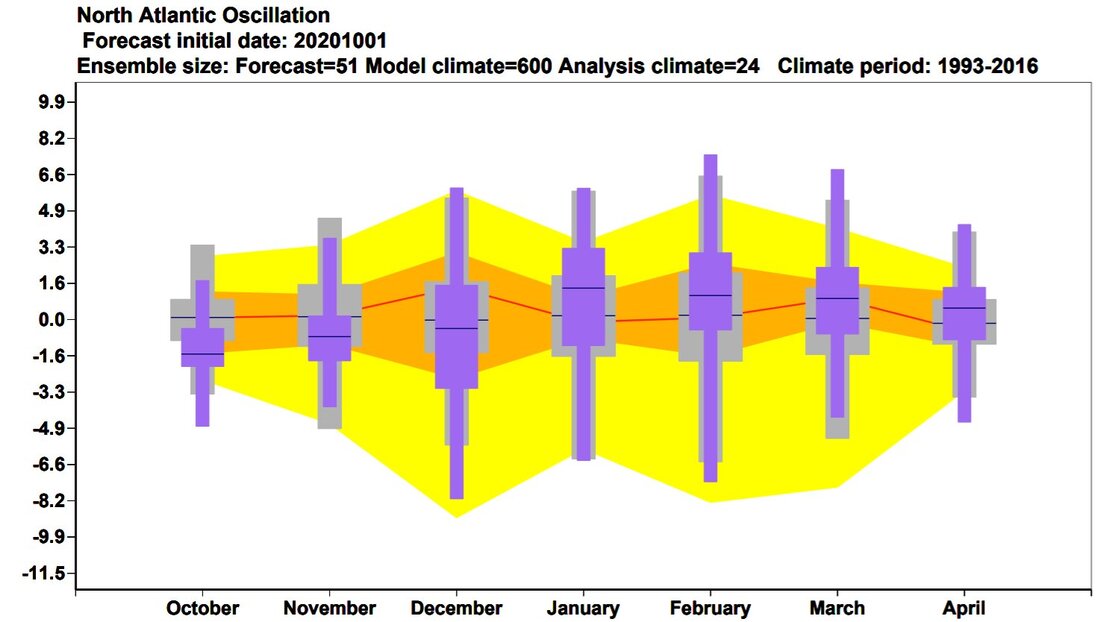 Metjeffuk.com Autumn and Winter forecast 2020/21 another difficult forecast with events happening in the Equatorial Pacific It's looking like this winter will be a  La Niña year.  just note and but remember this is Just For Fun

October Stormy at times some warm dry days too.
Will start off cool and stormy  but I think somewhat dryer in the south with high pressure moving up from France. By mid-month I expect to see a large high over the continent and this will influence our weather so turning dryer everywhere feeling warm in the sun.  By end of the  month I expect the jet stream to perk up with very stormy weather at least it will be mild but turning colder later..


November cold spells some snow in the north

The month will start off cold and wintry  some snow showers over high ground  in the south  and lower ground in the north when could see some accumulations in places,   it will gradually become more settled for a time as high than normal heights building from the east  -  later once again I expecting a deep area of low pressure to develop  and this will move in to the south west it will then become very stormy winds up 80 mph + and it will feel cold despite a SW wind.

The month will start off  wet and cold with some wintry  conditions over the high ground in the north, it will however become more settled as a large high extends from the continent joining up with the Scandinavian High around mid-month  very much colder air will spread from Siberia  with snow shower in the east of Scotland and England we may see a deep low running up the channel giving blizzard conditions for a time around Christmas  in the south and  SE of England

We start the month very stormy with widespread snow showers and very icy conditions but  as we move towards say  mid-month I am expecting more settled conditions again to develop with a large area of high pressure  over Scandinavia extending a ridge to the UK but this will give severe frosts at night -  later in the month large area of high pressure moving over Scandinavia  introducing very cold Siberian air (the Beast From The East as named by Metjeffuk.com in 2014)

February     warnings: Stormy Blizzards
starts off very cold with easterly winds and snow flurries but in to the second week I am  expecting  a very deep area of low pressure to move in off the Atlantic as this hits the very cold air I am expecting a major snowfall with  blizzard like conditions  to affect most of the UK and Ireland it will briefly turn less cold but the overall theme for the rest of the month will  be cold or very cold and snowy.

I will be giving updates throughout the autumn and winter here at metjeffuk.com

So keep coming back.

But whatever your weather enjoy it!