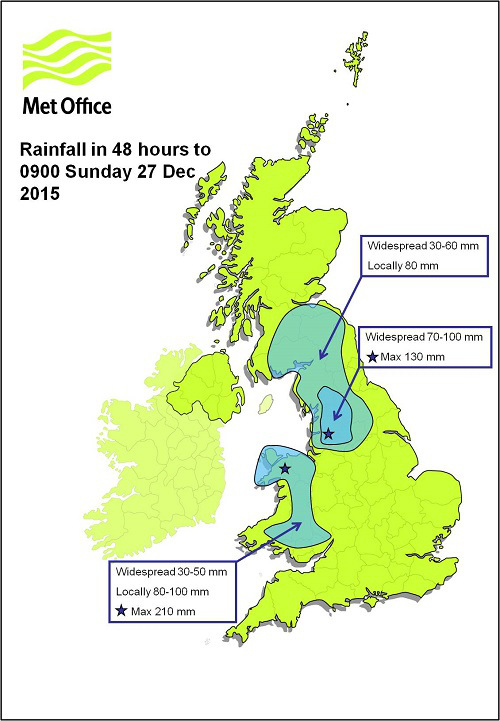 Rainfall
December was also one of the wettest months ever recorded in southern Scotland, Northern England and Gwynedd. Capel Curig in Snowdonia received over 1mt of rain during the month, At Eskdalemuir in southern Scotland, the month’s total of 550mm is the wettest month there in over a century of records. The average England and Wales rainfall total amounted to 170mm (198% of average) Regional variation in Wales and NW England with around three times the average rain fell. The wettest city was Glasgow with an unprecedented 370mm. Honister Pass, Cumbria set a new record for 24-hour rainfall in the UK with a total of 341mm in the 24 hours to 6pm on 5 December. 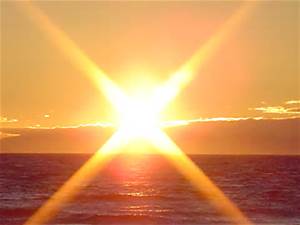 Sunshine
December was also noted for grey skies as well as high temperatures, especially in England and Wales where sunshine averaged 28 hours. Other areas had between 50 and 70% of sunshine, though eastern Scotland had around average amounts with over 40 hours in places. While Jersey was the sunniest location with 52 hours. 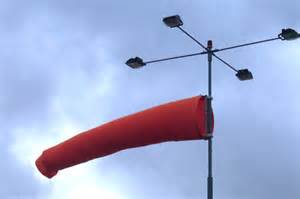 What’s instore next?
There are signs now of the pacific starting to very slowly to cool this will have the effect of slowing down the jet stream and allowing it to buckle one part going north the other
( main one)  going south  with the possibility of ether Scandinavian high building  or a polar vortex (must likely) to develop  all of which are capable of delivering very cold and snowy winter.
The forecast for the next 2 months are pretty much in keeping with my LRF (Dated 6th September 2015) in as much as I am still expecting very cold spells in January with some places seeing a lot of snow but with milder interludes, We have to wait till February and March before we see any prolonged cold spell.

Looking back at my long range autumn and winter forecast for 2015/16 the general theme I am very pleased with so far, I was forecasting  heavy rain and strong winds although I did not  expect such heavy rainfall, and of course most of us miss out on a white Christmas and New Year eve, As I have said in previous LRF  because I am forecasting so far ahead I always give myself 10 days lee way so my NYE forecast sell by date would be 10th of Jan and so on and remember as always "it’s just for fun".


We will have to wait and see, please keep coming back to my website metjeffuk.com  also you can find us on Facebook and twitter.
Interesting and exciting times ahead ;)

Hope the sun shines for you but….
Whatever the weather enjoy it!